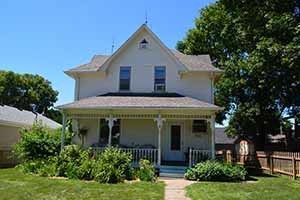 An article from “South Dakota History,” the quarterly journal of the South Dakota State Historical Society, has won the prestigious Michael P. Malone Award from the Western History Association.

“‘Not a Tinker’s Damn’: The Politics of Suffrage in the South Dakota Election of 1918,” written by Gerard Boychuk, was part of a special issue that highlighted the centennial of the ratification of the Nineteenth Amendment to the United States Constitution, which granted most women equal voting rights.

“We are honored to be given this award,” said Dedra Birzer, South Dakota State Historical Society Research and Publishing director. “It shows the importance of our state’s history in the greater context of the American West.”

Boychuk’s article explores how electoral politics—specifically the Republican Party’s efforts to halt the rise of the Nonpartisan League in the state and the political climate of World War I—led to the passage of Amendment E, which tied women’s voting rights to alien disenfranchisement. While state suffrage leaders initially expressed concern about this plan, they soon embraced this effort to base voting rights on citizenship rather than sex, and it became law in 1918. Boychuk is a professor of political science at the University of Waterloo in Waterloo, Ontario.

“‘Not a Tinker’s Damn’ [is] an excellent case study with a clear contribution to state history,” wrote one award committee member. “This article tightly and effectively focuses on answering the question -- How did the suffrage fight of 1918 in South Dakota succeed when the issue had gone down to defeat in earlier efforts?”