Interest in the poetry of Badger Clark only increases with time. The rising popularity of cowboy poetry has brought a renewed appreciation for this early progenitor of the art form.

Current cowboy poets pay tribute to "the master" in annual poetry gatherings throughout the West.

Ridin' (originally titled In Arizony) was the first poem ever published by Badger Clark and the poet was fond of retelling the story of how it came about: He had found life on an Arizona ranch to be positivley euphoric, and finding mere prose inadequate, had composed a poem and sent it to his mother.

Recognizing its literary merit, she sent it to the old Pacific Monthly which promply printed it and sent Badger a check for $10. Poor health had heretofore postponed selection of a lifetime career, but when Badger discovered that magazine actually paid for scribblings which had so far come so easily, he immediately cast his lot with the literary life.

Inside the Badger Hole 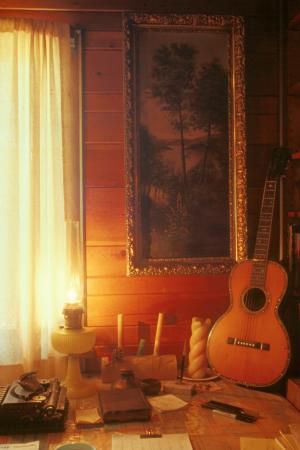