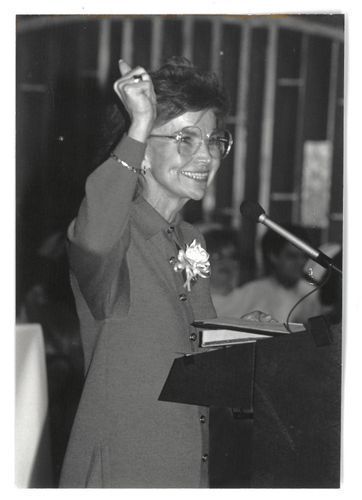 Carole Hillard began a political career by serving on the Rapid City Common Council, then became a representative in the state legislature.  From 1995 to 2003 Carole served as South Dakota's first and only woman lieutenant governor.  Once retired from public office, she spent the next five years traveling to more than 60 countries promoting and training leaders in the fundamentals of democracy, monitoring elections, and advancing the notion that women should have a role in emerging democratic countries.

Yes! I want to help make possible the preservation of the Carole Hillard collection!