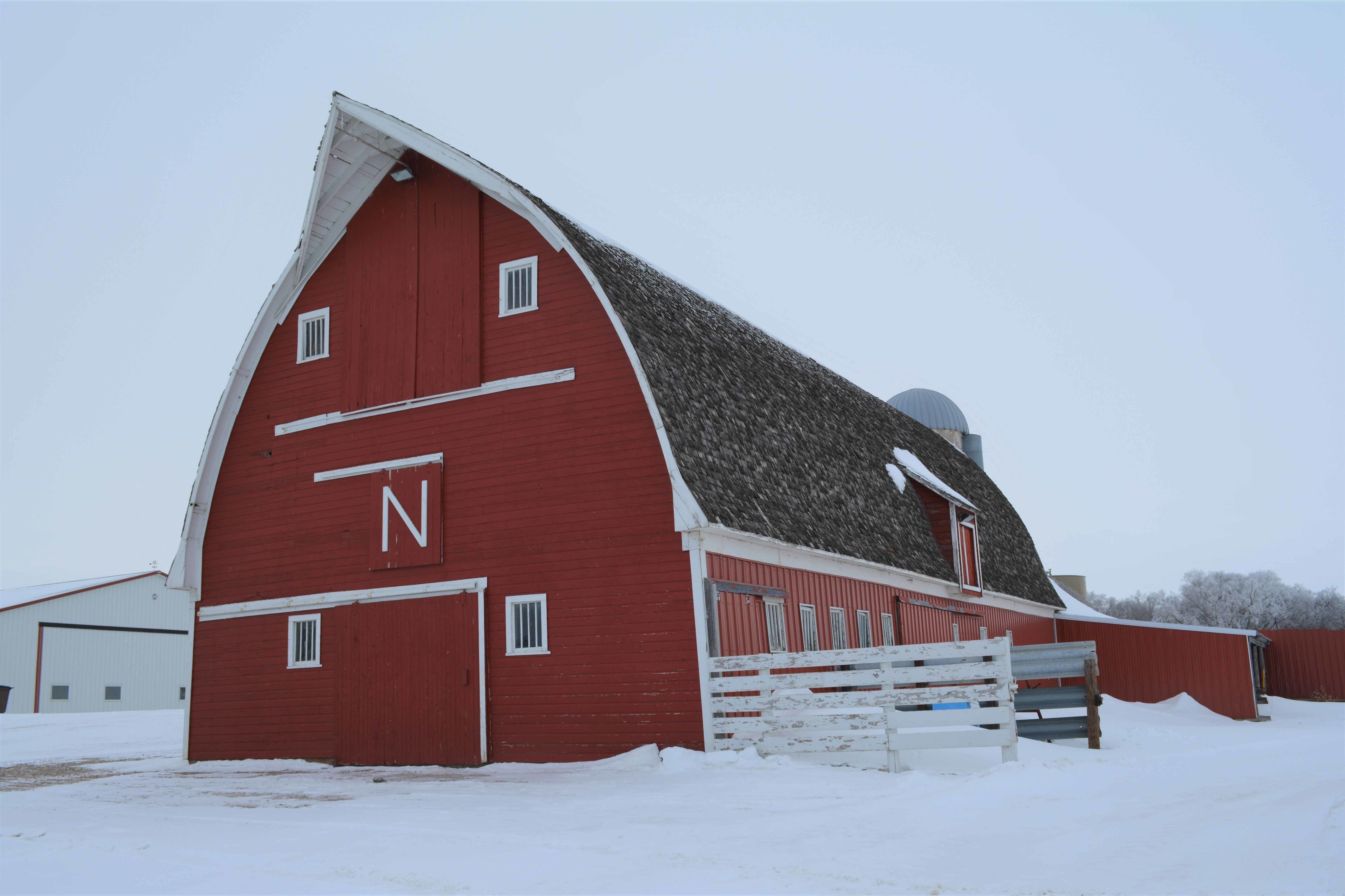 The Louis Nigg Barn near Sisseton in Roberts County was added to the National Register of Historic Places in March.

Buildings, sites, structures, and objects at least 50 years old possessing historical significance may qualify for the National Register, per the National Park Service guidelines. Properties must also maintain their historic location, design, materials, and association. Listing on the National Register does not place any limitations on private property owners by the federal government.

The Louis Nigg Barn was built in 1943 in Easter Township, Roberts County. It was listed for its significance in architecture. The barn represents the excellent integrity of the architectural and engineering characteristics of the Gothic Arch roof barn. The addition of the round roof barn on the north end of the barn reflects changes in agricultural production that required additional space.

Barns with Gothic Arch roofs began appearing in the Midwest around 1905 and were promoted by newspapers and agricultural publications. Earlier arches were made up of segmental rafters, replaced by 1916 by bent rafters, and by the 1920s by laminated truss systems. All arch shapes relied on a self-supporting rafter system. More than any other barn design, the Gothic Arch roof emphasizes the vertical direction of the structure. This design was praised for its beauty and ability to withstand high winds, but the complexity of the arched roof often resulted in the structural failure of bolts, nails, and glued joints. As with many other roof types, Gothic Arch roofs were often clad in machine-cut wood shingles.

Other recent listings to the National Register of Historic Places from South Dakota include the Margaret Burger Apartment House in Sioux Falls in January and the Gregory County Courthouse in Burke in February.