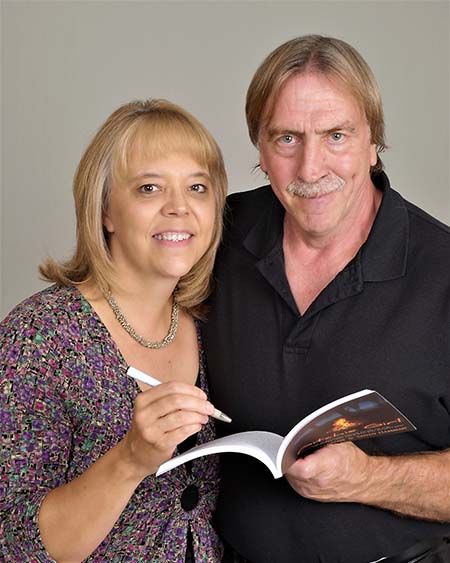 Murders that shocked the heartland will be the focus of an April 9 program at the Cultural Heritage Center in Pierre.

Phil and Sandy Hamman will speak to the History and Heritage Book Club remotely about the Gitchie Manitou murders. The program will begin at 7 p.m. CDT on Tuesday, April 9. Everyone is welcome to attend the free presentation.

“For more than 40 years, the events of what happened at Gitchie Manitou State Preserve on Nov. 17, 1973, remained a mystery to all but a few. Then the lone survivor broke her silence,” said Catherine Forsch, president of the South Dakota Historical Society Foundation. “The Hammans will tell the inside story about the events and about the survivor, as recounted in their books ‘Gitchie Girl’ and its companion, ‘Gitchie Girl Uncovered.’”

The foundation sponsors the History and Heritage Book Club and is the nonprofit fundraising partner of the South Dakota State Historical Society.

On that November night in 1973, five teenagers from Sioux Falls went to Gitchie Manitou State Preserve, located on the South Dakota/Iowa border. Before the night was over, four of the teenagers had been killed by three brothers. Sandra Cheskey, 13 at the time, managed to survive and came to be known as the “Gitchie Girl.”

She never spoke about events of that evening until nearly four decades later. After reading Phil Hamman’s memoir, “Under the Influence,” she decided to share her story to help other rape victims and trauma survivors. Phil knew Cheskey and the boys who were murdered. “Gitchie Girl,” published in 2016, tells about the murders but focuses on Cheskey’s life.

“Gitchie Girl Uncovered” was released in January 2019. It recaps the murders but provides more information about the killers and their backgrounds, as well as the investigation into the crimes and court transcripts. The books were written so they can be read in sequence or independently.

The Hammans are both teachers and live in Sioux City, Iowa. Through the use of the state’s video conferencing network, those attending the program in Pierre will be able to see, hear and talk to the Hammans. The presentation tells the inside story of “Gitchie Girl Uncovered,” the events surrounding the murders and other previously unknown information. There will also be a question and answer session with the authors.

Both books will be available for sale at the Heritage Stores at the Cultural Heritage Center and the Capitol.