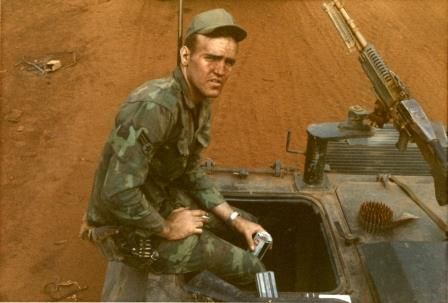 The bulk of the collection consists of letters sent by Walton to his parents, James and Helen Walton of Webster, while he served in the United States Air Force during the Vietnam War. He was stationed in Vietnam from June 1969 to June 1970.

The correspondence and other items donated by Sgt. Walton reflect his service while stationed at Lackland Air Force Base (Texas), Maxwell Air Force Base (Montgomery, Ala.), Bien Hoa Air Base (Vietnam) and Lowry Air Force Base (Denver, Colo.). He served in the United States Air Force from 1967 to 1971.

In a letter dated June 21, 1969, the first letter Sgt. Walton wrote home, he describes his first night in Vietnam: “Dear Mom and Dad, Well, Uncle Ho really put out the welcome mat for me last night. At about 9:30 p.m. we got hit by rockets. My first night here and already I’ve been through a rocket attack.”

He also described his first impressions of Bien Hoa Air Base: “… it’s a pretty good sized base, and there are Army troops stationed here. We have mostly fighters, cargo planes and helicopters … I can’t say I like it here, because nobody likes it, but it is the best base in the Republic of Vietnam.”

The collection also includes a daily journal written by Sgt. Walton while serving in Vietnam. In his last written entry from June 16, 1970, he noted: “Just got done taking a shower. My last one in Vietnam … Sure will be nice not to hear impacts at night. This will probably be my last dittie. Waited 363 days for this. About 40 hours and I’ll be home. WOW!!!! Better get ready. Sure hope it quits raining.”

Three photo albums of images from Vietnam supplement the collection -- specifically photos of the Bien Hoa Air Base and of convoys secured by Sgt. Walton.

Two other items of note include an English/Vietnamese dictionary and an Air Force pamphlet titled “Information on Vietnam for Air Force Personnel” dated July 10, 1968.

To donate historical items related to South Dakota’s history, please contact the South Dakota State Archives by phone at 605-773-3804 or email at archref@state.sd.us. The State Archives is located at the Cultural Heritage Center in Pierre. Public hours are 9 a.m.-4:30 p.m. CST Monday through Friday and the first Saturday of most months.