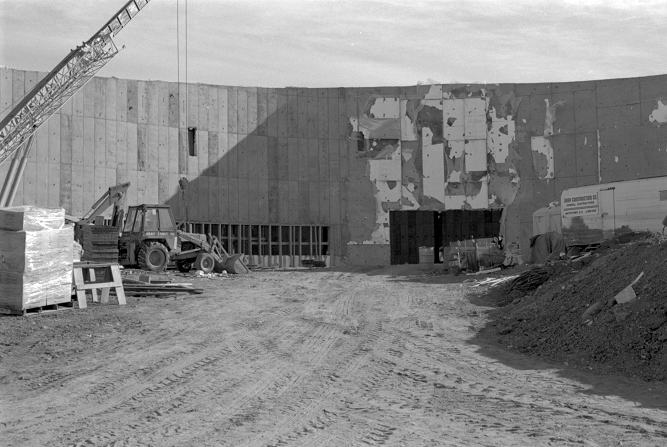 Gov. Dennis Daugaard has proclaimed 2014 as “Cultural Heritage Center Year” in South Dakota, in recognition of the center’s 25th anniversary.

“The Cultural Heritage Center was built as the state of South Dakota’s lasting legacy project as part of the South Dakota centennial anniversary commemoration in 1989,” Gov. Daugaard noted in the proclamation, which he read to state legislators and others affiliated with the state Legislature at a reception on Thursday, Jan. 16, at the CHC.

Construction of the earth-mounded CHC, designed to resemble an Arikara Indian earth lodge, began in Pierre in 1987 and was completed in early 1989. The center was officially dedicated in November 1989 to coincide with the state’s centennial.

The CHC is headquarters of the South Dakota State Historical Society, a division of the state Department of Tourism. The center is perhaps best known for containing the society’s museum, but it also houses the society’s archives, historic preservation, publishing and administrative offices. About 35 people work in the building. At 63,000 square feet, it is the size of two football fields.

“We are very pleased that Gov. Daugaard made this proclamation on our behalf,” said Jay D. Vogt, society director and one of the few society employees who have been working in the CHC from the beginning. “The Cultural Heritage Center is a fabulous facility that we encourage all South Dakotans to come and visit. The facilities here make it easier for us to achieve our mission of collecting, preserving, interpreting and promoting the history of South Dakota and its people.”

During the reception, Gov. Daugaard also announced a free new smartphone feature the museum has that allows visitors to access new information about nine different artifacts on display.