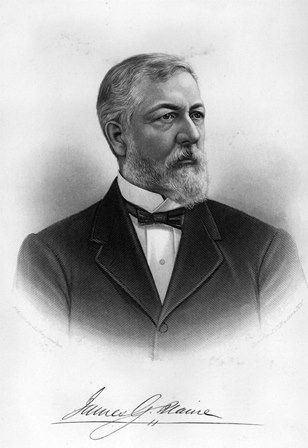 Proclaiming the News of Statehood

The Yankton Press and Dakotan delivered the news that statehood had been achieved in a series of one-column headlines in its Saturday evening, Nov. 2, 1889, edition.

The headlines read:
“We are a State”
“The Proclamation Issued for South and North Dakota”
“Two New States Shining from the Firmament of the Union”
“Ring the Bells and Shoot the Cannon – E Pluribus Unum”
“A Brief announcement of the Glorious News, but it is Enough.”

The four-line story that followed, with a dateline of Washington, read: “President Harrison has issued his proclamation admitting North Dakota and South Dakota to the union.”

“The proclamation ... is the final act which admits these new states into the Union,” stated an article from the Sioux City Journal that appeared in the Black Hills Weekly Times, published in Deadwood. “It has been a long and a serious struggle which the people of the northwestern territories, especially the people of South Dakota, have had to fight in order to secure their plain rights.”

The Territory of Dakota was established on March 2, 1861. The statehood movement is said to have begun in Yankton, the territorial capital, during a Thanksgiving dinner discussion in 1879. The Democratic-controlled U.S. House of Representatives rejected bills for statehood, as they feared new western states would send Republican senators and representatives to Washington, D.C. Pro-statehood Republican Benjamin Harrison was elected president and Republicans gained control of both the U.S. Senate and House of Representatives in 1888. The Enabling Act signed by President Grover Cleveland on Feb. 22, 1889, allowed lame duck Democrats to get some credit for allowing the new states. The legislation authorized constitutional conventions for North Dakota, South Dakota, Washington and Montana. This set the stage for statehood.

“Write it South Dakota after this” was the announcement in a column headlined “Local and General” in the Nov. 2, 1889, Pierre Daily Capital.

The three-column headline in the Nov. 5 Pierre Daily Capital read, “Uncle Sam’s New Twins. By Official Proclamation North Dakota and South Dakota Are Provided with Snug Quarters in the Household of the United States.”

The Sioux Falls Argus-Leader used an abbreviated version of the same headlines in proclaiming the news of statehood. The Aberdeen Daily News headline read, in part, “Hand in Hand the Two Dakotas Enter the Circle of Sister States. Never Were Grander Empires Added to the Domain of Our Government. Stars as Bright as Any in the Flag They Will Surely Shine Forever.” The articles that followed in all three papers included a dispatch from U.S. Secretary of State James Blaine to the governors of North Dakota and South Dakota that the two states had been admitted to the Union and the text of the president’s proclamations.
The news that South Dakota was now a state was cause for celebration in Pierre. Arthur Mellette had been elected the first state governor and Pierre chosen the temporary capital in an election on Oct. 1, 1889. The cannon commenced to roar, the band played and a bonfire was built with flames shooting 20 feet in the air during Pierre’s celebration. The new state’s first governor was the first speaker at the event.
Pierre was not the only community to greet the news of statehood with rejoicing.

As reported in the Aberdeen Daily News, residents of Pembina, N.D., “went wild here tonight over the news of the president’s proclamation of admission of the two Dakotas. An immense bonfire was built and speeches were made by several prominent citizens.”

As to which of the Dakota proclamations was signed first, no one knew. An article in the Nov. 7, 1889, Pierre Daily Capital explained that when the president received the two proclamations on Saturday, Nov. 2, the question of which should be admitted first to the Union came up.

“After some debate the two documents, unlooked at, were laid face downward on the desk on a sheet of paper and then they were shuffled together. When this stage of the game had been reached the proclamations were turned face upward and protected by the sheet of paper upon which they had been laid. The sheet was slipped aside until the blank spaces for the presidential signature was exposed; the autograph was appended to each, the ink allowed to dry, the proclamations turned over once more and again vigorously shuffled. The two Dakotas were admitted to the Union of states, and although one was ahead of the other just the length of time it took the president to write his name, history will never be able to record the name of the leader.”

An article in the Faulk County Times, published in Faulkton, on Nov. 7, 1889, made the case for South Dakota being declared the 39th state and North Dakota the 40th.

“South Dakota is and should be the 39th state. Though North Dakota was also proclaimed to be a state on Saturday, her state government was not inaugurated till Monday Nov. 4th. And her people justly claim her to be the 40th state. South Dakota made the fight that prepared the way for North Dakota, Montana and Washington to become states and she well merits the leadership indicated by being the first of the four entitled to the Star of Statehood – the 39th Star, which will, in time, become one of the first magnitude.”
This argument did not come to fruition. North Dakota is considered the 39th state and South Dakota the 40th based on alphabetical order.