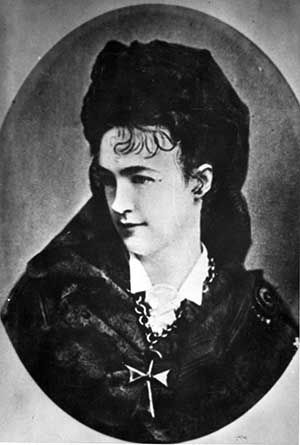 “How glad I am for you to speak in public of the General. His heart was in the West, opening the way in that wonderful country.”

Elizabeth Bacon Custer was doing what she did best in the close of a letter to Lawrence Fox: praising her late husband, George Armstrong Custer.

In the first letter, dated Aug. 18, 1927, Libbie thanked Fox for sending her news of the Black Hills (probably newspaper articles about President Calvin Coolidge and his wife, Grace, spending the summer in the Black Hills). Libbie continued her letter by writing that she had been scanning the newspapers every day to find mention of General Custer and the 7th Cavalry.

Libbie had been a widow for 51 years and was living in New York City when she wrote this letter.

In subsequent letters, Libbie wrote that she was grateful that both a park and a town had been named for her husband and thanked Fox for “loyalty to General Custer and his invincible 7th Cavalry.” Although Libbie referred to her husband as the general, he was ranked as lieutenant colonel in the Army at the time of his death.

Libbie was born on April 8, 1842, in Monroe, Mich. She was described as beautiful and intelligent, with blue eyes and chestnut brown hair. She married George Armstrong Custer on Feb. 9, 1864. She left behind what was probably a comfortable lifestyle as the daughter of a wealthy and prominent judge and accompanied her husband wherever the Army took them.

The Army took them to Dakota Territory in April 1873. The Custers and the 7th Cavalry had scarcely arrived at the end of the road about a mile from Yankton when a blizzard began. Custer’s final post was at Fort Abraham Lincoln near present-day Mandan, N.D. In the summer of 1874, Custer led an expedition into the Black Hills of what is now South Dakota. He was to map the area, locate a suitable site for a future military post, and make note of the natural resources. Gold was discovered during the expedition.

Two years later, Custer and 7th Cavalry troops under his command were killed at the Battle of the Little Bighorn in south-central Montana. Libbie was left a widow at the age of 34.

Fueled by the claims of President Ulysses S. Grant and others that the defeat at the Little Bighorn was Custer’s fault, Libbie set out to clear her husband’s name. She began writing articles and books and making speeches nationwide defending her husband.

Her book “Books and Saddles” was published in 1885. It includes the story of the Custers’ introduction to a Dakota blizzard in Yankton, life on a frontier post and the summer of 1874 when Custer was exploring the Black Hills. “Boots and Saddles” was followed by “Tenting on the Plains” in 1887 and  “Following the Guidon” in 1890.
Libbie not only succeeded in making her husband a hero, but made herself one as well. She achieved economic security, recognition as an author and lecturer, and the respect of numerous public figures.

On the 51st anniversary of the Battle of the Little Bighorn, Libbie wrote the Bismarck Tribune, “It is a great privilege to know that so many people still remember the anniversary. I have received 300 letters this year. I am so grateful that so many honor the day.”

Libbie died four days short of her 91st birthday on April 4, 1933, in her home in New York City. She was buried next to her general at West Point.

In addition to photocopies of letters from Libbie Custer, a replica of a cavalry guidon believed to have been carried into the Battle of the Little Bighorn is on display in the museum of the South Dakota State Historical Society at the Cultural Heritage Center. The museum has the original, but it is too fragile to be displayed. A guidon is a small flag or pennant carried by a military unit.

In 1928, Libbie sent a hunting rifle that belonged to her late husband to the city of Custer as a gift. This rifle is displayed in the 1881 Courthouse Museum in Custer.
Libbie would be pleased to know that a state park, city and county in South Dakota still bear the “general’s” name.