November 2017-The First Vote for Woman Suffrage in South Dakota 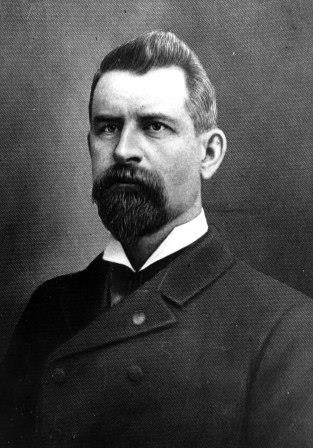 “‘Under God the People Rule’ Motto of South Dakota. ARE WOMEN PEOPLE??”

This was the question asked in a column under the heading “Womans Realm” that appeared in the Dec. 6, 1889, Wessington Springs Herald.

The question of woman suffrage – the legal right of women to vote – was beginning to be discussed throughout the state, according to that “Womans Realm” column. The column featured articles from other newspapers and information about the suffrage movement, usually compiled by LoElla Blank, the Herald’s associate editor.

The suffrage movement in the United States is said to have started when more than 300 people met in Seneca Falls, N.Y., in July 1848, to discuss the “social, civil and religious rights of women.” Among the resolutions passed was one in favor of woman suffrage.

Dakotans began debating the vote for women in territorial days.

When South Dakota became a state in 1889, its constitution required that the first legislature submit a constitutional woman suffrage amendment to the voters. The amendment stated that the word “male” would be stricken from the article of the state constitution that gave the right to vote to every qualified male person in the state. This election was to take place on Nov. 4, 1890.

In the fall of 1889, Susan B. Anthony announced that she and other leaders in the woman suffrage campaign would be focusing on South Dakota until the election.

“All the best speakers, all the best workers in the woman’s suffrage ranks in the United States are to be turned into the field of South Dakota. We have every assurance that we are going to carry the day,” Anthony was quoted in the Kimball Graphic as telling a Minneapolis reporter.

She set up headquarters in Huron the following April.

The “Womans Realm” column of May 23, 1890, quoted the Pierre Free Press as stating, “The woman suffrage campaign seems to be progressing smoothly. It is generally conceded, even by those who stay on the off side of the fence, that the cause of the ladies will win.”

Despite this optimism, there were indications that all was not going well.

The July 25, 1890, “Womans Realm” reported that at the state Democratic convention, E.W. Miller declared on the floor that “no decent woman in South Dakota was asking the suffrage.” This statement was reportedly received with deafening applause.

The Farmers’ Alliance and the Knights of Labor had promised to support woman suffrage. They merged to form the Independent Party, which did not include woman suffrage in its platform. Liquor interests and immigrants were opposed to suffrage. Disagreements among leaders in the suffrage movement gave newspapers the opportunity to make fun of the women and, by association, the suffrage cause, according to Cecelia M. Wittmayer in the article “The 1889-1890 Woman Suffrage Campaign: A Need to Organize,” published in Vol. 11, No. 3 of “South Dakota History.”

An editorial in the Argus-Leader, endorsed by some other newspapers, argued that if 50,000 women of legal voting age signed a petition in favor of suffrage, it would be granted to them.

The 1895 Census indicates that South Dakota had 72,251 women over the age of 20. Collecting 50,000 signatures was impossible because of the lack of roads, the distance between homes and towns, and harsh weather, according to Wittmayer.

By the time the election rolled around, there had been 1,600 addresses by national and state speakers and under the auspices of the Woman’s Christian Temperance Union; 400 local and county clubs of women’s organizations formed; and literature sent to every voter in the state, according to Dorinda Riessen Reed in “The Woman Suffrage Movement in South Dakota.”

Suffragists had not been able to convince voters that women wanted the right to vote or that there would be any gain by adopting an equal suffrage amendment, wrote Reed.

It would not be until 1918 when South Dakota voters approved a constitutional amendment granting women voting privileges in state elections. In 1919, Congress sent a woman suffrage amendment to all the states and South Dakota ratified it in a special session that year. The 19th Amendment was ratified and took effect in 1920, giving women throughout the country the right to vote.