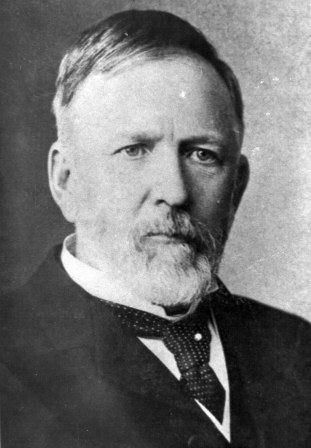 Cowboys can ride and fight.

Grigsby was South Dakota’s attorney general and the law partner of U.S. Sen. Richard Pettigrew in Sioux Falls. When the United States entered into war with Spain in April 1898 over Cuba securing its freedom from Spanish rule, Grigsby was one of several people who proposed that volunteer regiments of cowboys be organized to fight the war.

“During the month of January, 1898, and the early part of February, and while I was at Pierre, S.D., attending to my duties as attorney general, there was much war talk. Pierre, as you know, is a great center for the cattle interests of the West and a place where the cowboys often congregate. It was while watching these cowboys ride their bronchos in the streets of Pierre that the idea first came to me that these rough and bronzed riders of the plains, used to camp life in all kinds of weather, and expert shots with rifle and revolver, would make gallant soldiers and daring fighters, in case the government should be drawn into war with Spain and need volunteers to be sent to Cuba. I found upon talking with a number of them that such service would be eagerly sought by them in case they were needed,” Grigsby wrote in a letter to Otto L. Sues contained in Sues’ book “Grigsby’s Cowboys.”

Recently commissioned as a colonel, Grigsby received orders to break his regiment into 12 troops, with five coming from South Dakota, four from Montana, two from North Dakota and one from Nebraska. Grigsby appointed five captains in South Dakota to recruit and organize the individual troops. They were Seth Bullock of Deadwood to lead Troop A, John Foster of Chamberlain to lead Troop B, George Hair of Belle Fourche to lead Troop C, John Hammond of Sturgis to lead Troop D and Joseph Binder of Pierre to lead Troop E. Patriotism was running high. Within three weeks, an entire regiment of nearly 1,000 men had been recruited, organized and mustered in.

Grigsby’s Cowboys, as the Third U.S. Cavalry Regiment came to be called, was ordered to Chickamauga, Ga. Located on the site of the Civil War battlefield at Chickamauga, Camp Thomas was one of the largest training camps for troops. Grigsby’s Cowboys arrived to find no weapons, uniforms, saddles or bridles, overcrowding and poor sanitary conditions.

Nevertheless, the cowboys trained and became what Sues called “a complete military machine.”

An editorial in the Chattanooga Times on July 9, 1898, stated “Grigsby’s Rough Riders are showing themselves superior in every respect, and are becoming familiarly known as the crack regiment of the Park.”

Grigsby’s Cowboys had defeated all opponents in baseball, foot races, wrestling and boxing, stated the Sioux Falls Argus-Leader’s special correspondent with Grigsby’s Cowboys. The cowboys had also kept the peace when a regiment from Wisconsin wanted to disrupt a Salvation Army meeting.

“The cowboys may be a tough set, but they propose to have peace even if they have to fight for it,” stated the June 22, 1898 article.

Of the three volunteer cavalry regiments, only the first fought in the Spanish-American War. While the Roosevelt Rough Riders were fighting in Cuba, Grigsby’s Cowboys were battling disease in Georgia. The second regiment trained at Jacksonville, Fla., during the war.

The first casualty in Grigsby’s Cowboys occurred on June 13, 1898, when Herbert Lawrence of Troop E died of typhoid fever. According to Sues, about 20 of Grigsby’s cowboys died of typhoid fever, dysentery, spinal meningitis, an accidental gunshot wound and other causes while at Camp Thomas or later from diseases contracted at the camp.

Although rumors abounded in camp that the cowboys would be sent to Cuba, those orders never came. On Aug. 10, 1898, it became known that Spain had given up the war and that hostilities were ceased.

“Thus did we see every hope of active service vanish,” Sues wrote.
On Sept. 5, 1898, Grigsby gave his last orders and delivered a farewell message to his men. He said, “Although it is a great disappointment to all of us that we were not permitted to form a part of the line of battle at the front, it cannot be said of the ‘Cowboy Regiment’ – either officers or men – that they did not do everything possible, not only to get ready at the earliest possible moment for active service, but also to induce those in authority to select this regiment as a part of the army of invasion.

“It has been well and justly said by President McKinley that those soldiers who tendered their lives to the country and performed uncomplainingly their duties in camps of instruction, under conditions most unfavorable to health and comfort are deserving of as much credit as those who were chosen to go against the enemy.”
The First U.S. Volunteer Cavalry Regiment began mustering out. The cowboys had become soldiers and now were veterans. Although Grigsby’s Cowboys did not see military action such as Roosevelt’s Rough Riders, they were prepared to serve their country and made history. Grigsby’s Cowboys are an example of the numerous times that South Dakotans have answered their country’s call to service. On Veterans Day, all who served their country are saluted.