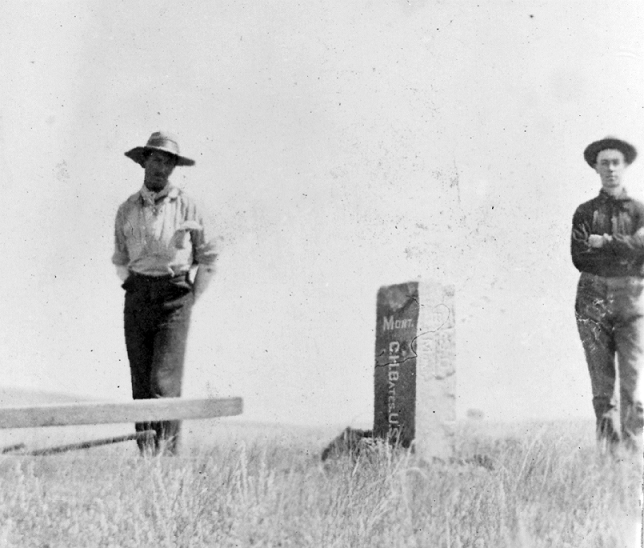 One was broken when hit by a running horse on a cold winter night. Others gave way to road construction or now stand by driveways and sidewalks.

Of the 720 quartzite monuments that once marked the border between North Dakota and South Dakota, officials at the South Dakota State Historical Society have said that about half remain.

After North Dakota and South Dakota were admitted to the Union on Nov. 2, 1889, a law passed by Congress the next year authorized the secretary of the interior to have the seventh standard parallel between the two states surveyed and marked by suitable and permanent monuments.

According to The Quartzite Border by Gordon L. Iseminger, South Dakota Sen. Richard F. Pettigrew wrote the secretary of the interior recommending that the boundary be marked with quartzite monuments available from quartzite quarries near Sioux Falls. Among the reasons Pettigrew made for having the markers be of a large size was that a distinctly marked boundary would allow for easier location of land claims. Also, stone monuments would last longer than iron posts and would cost less. Quartzite was attractive, durable and comparable in costs to such building materials as brick. What Pettigrew probably did not state was that he was a promoter of the use of Sioux Falls quartzite.

The contract for surveying and marking the boundary was awarded to Charles H. Bates of Yankton for $21,300. Markers were to be placed every half mile.

Bates’ being awarded the contract enraged Pettigrew, who wanted another to receive the bid.

Bates and his crew of chainmen, moundmen and flagmen began work near the juncture of North Dakota, South Dakota and Minnesota boundaries in September 1891. After stopping for the winter, Bates reached the eastern boundary of Montana in August 1892. The boundary, as measured by Bates, was 360 miles, 45 chains and 35 links. It was described as “the most perfect and comprehensive boundary line in the United States” by the Steele Ozone, a North Dakota newspaper.

The markers Bates and his crew buried every half mile were 7 feet long and 10 inches square, set three-and-a-half feet in the ground. They were marked at the quarry on the east side with ½ M to signify a half mile or 1M to signify a mile. All posts had the letters N.D. on the north side and S.D. on the south side. Markers across the Sisseton-Wahpeton Reservation and west of the Missouri River contained additional markings.

Pettigrew continued to believe that Bates had secured the contract by underhanded means. Bates’ work had to be examined and approved, and Pettigrew recommended that North Dakota surveyor George Beardsley examine Bates’ work.

After examining Bates’ work east of the Missouri River, Beardsley reported that every monument was in its proper place, correctly and well-marked, and the “the surveyor did an honest piece of work.”

It was expected that the markers would stand on the border forever. Such was not the case, however, as some suffered at the hands of the elements, road builders, collectors and vandals.

Bates’ name lives on in South Dakota. The town of Batesland is named in his honor.