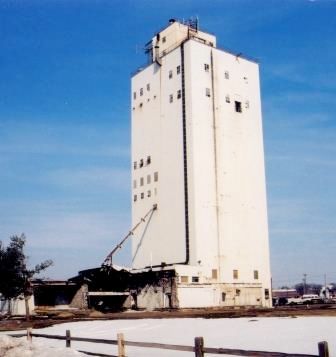 History is often made when things don’t go quite as expected. Consider these incidents in South Dakota history that, while maybe serious at the time, are now cause for amusement.

In March 1973, the first Farmers Day celebration in Gettysburg did not go as organizers planned.

The plan was for a pilot to maneuver his Super Cub over downtown Gettysburg the afternoon of Saturday, March 24. Another man would push live turkeys out of the airplane. Whoever caught a turkey would get to keep it.

“One Gettysburger who appears to know something about the aerodynamics of this particular feathered species, seems to think they’ll go into a long glide without particular difficulty. But how far, and where?” wrote Randall Braden in the March 22, 1973 Potter County News.

The question was answered when the first turkey left the airplane.

“Right then I knew it would be a bad day,” wrote Jerry Larson in his Larsony column in the March 29, 1973, Potter County News. “At 75 miles or so an hour, before the first turkey could get oriented he had already hit ground – No flying, no gliding, just thud – The plane went higher for the remaining ones – (thankfully only six in all). Whoever said the turkeys would glide was right – Like a projectile they came down – legs back and head stretched out – They became living battering rams.”

“I am sorry it happened – And I am sure it will be a long time before anyone brings up a ‘turkey drop’ again,” Larson wrote.

Another “drop” where the outcome was different than expected took place in Sioux Falls.

The Zip Feed Tower had refused to fall after an attempted demolition the previous day.

The Zip Feed Tower was a 202-foot grain elevator and feed mill in Sioux Falls. Built in 1956 and closed in 2000, the mill was scheduled for demolition to make way for new construction.

According to an article in the Nov. 25, 2005, Argus Leader, “This one is a slam dunk. This is about as easy as they come,” said demolition crew chief Jim Wutzke.

Crowds gathered at various locations throughout Sioux Falls on Saturday, Dec. 3, to watch the implosion of the tallest building in Sioux Falls, and possibly, the state.

At the scheduled time, there was a siren, a boom and the realization that the building was not coming down.

“Groans gave way to laughter as soon as it became apparent that the thing wasn’t coming down and within moments, the jokes started,” read an article in the Argus Leader.

“‘We came up with the Leaning Tower of Zip within 15 seconds,’ said Rick Knobe, the KSOO radio anchor and Sioux Falls celebrity who emceed the event.

“‘I’m standing there watching the building,’ Knobe said, ‘and I turned back and looked at the crowd, and I wish I had a camera.

Everybody’s mouths were open, and their eyes were the size of silver dollars, and immediately they all started laughing.’”

The concrete tower had fallen into its own basement and the now 150- to 160-foot building tipped eastward.

The building did eventually come down, by crane and wrecking ball.

Mobridge was attacked from the west in November 1989.

“Darlene Zahn of Mobridge was awakened Wednesday morning by what sounded like rocks striking against the side of her mobile home,” read a Mobridge Tribune article about a Nov. 8 event.

“When she turned on her light, she saw her deck full of tumbleweeds, blown off the shores of Lake Oahe by wind gusts of 50 mph.”

Low water had exposed ground that had been formerly under water. Plants such as Russian thistle typically die in late summer or early fall. They break away from their roots and are blown about by the wind. The tumbleweeds blocked streets and alleys and buried homes and vehicles.

Customers at Rick’s Cafe were invited to “tumble in” for a taste of tumbleweed chili. The Palace Lounge created a tumbleweed drink.

High school juniors were given the assignment to come up with uses for the tumbleweeds.

The tumbleweed invasion made national and international news.

The broadcasts and printed articles about the event were presented, for the most part, with good-natured humor that laughed with Mobridge residents, not at them, according to Mobridge Tribune editor/publisher Larry Atkinson.