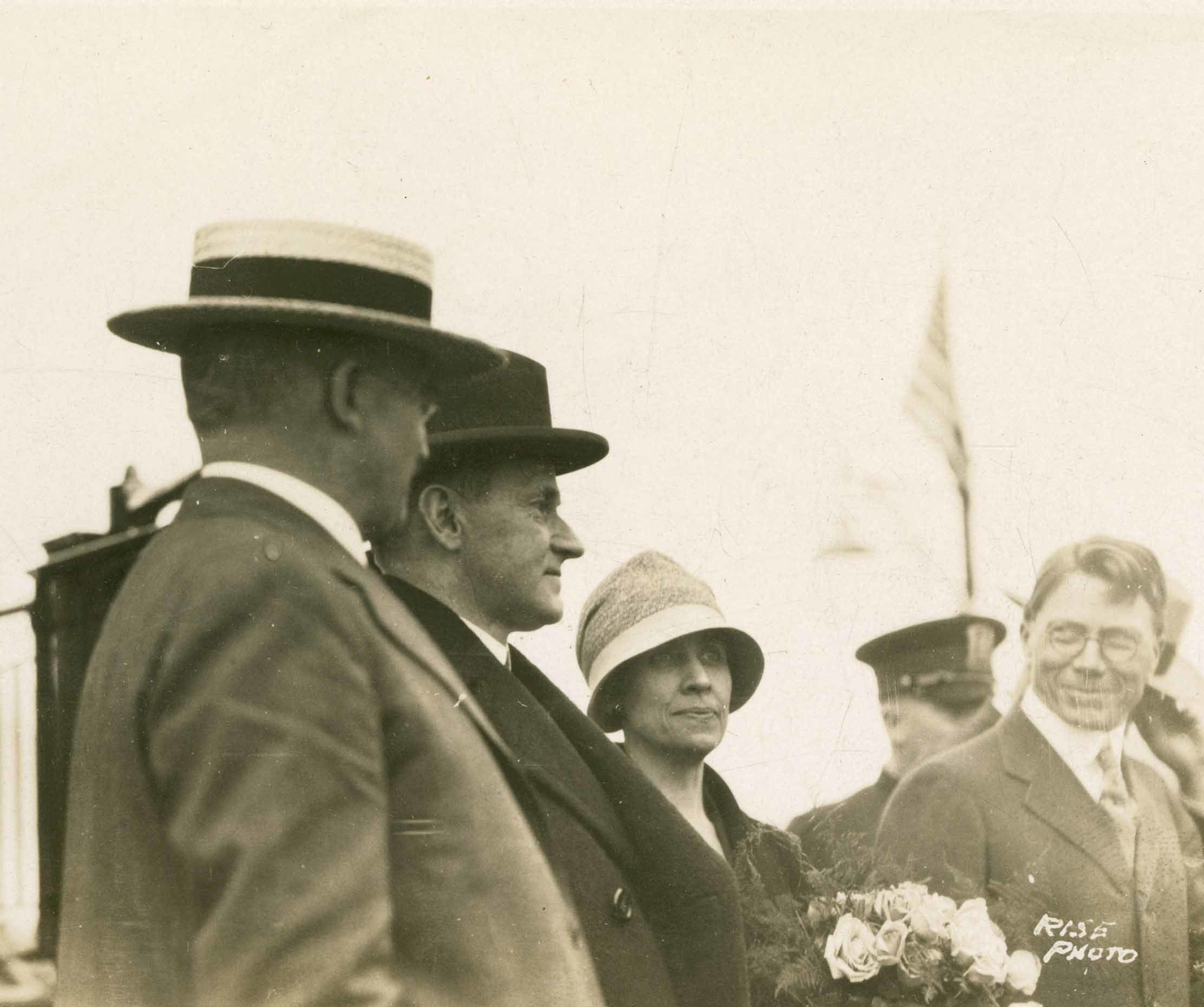 President Calvin Coolidge was on the hook and just needed reeling in.

William Williamson described his role in convincing President Calvin and First Lady Grace Coolidge to vacation in the summer of 1927 in the Black Hills in his autobiography, “William Williamson: Student, Homesteader, Teacher, Lawyer, Judge, Congressman and Trusted Friend.” He was South Dakota’s congressman from the state’s third congressional district, which covered the state’s west river counties, from 1921 to 1933.

In March 1926, Williamson received a telegraph from Francis Case, publisher of the Hot Springs Star, encouraging him to invite Coolidge to the Black Hills.

Williamson did so, and also contacted South Dakota Gov. Carl Gunderson and other officials, urging them to do the same.  He arranged for the State Game Lodge in Custer State Park to be the summer White House and for the state’s congressional delegation to meet with the president.

“It soon became apparent, however, that the President thought the Hills were too far from Washington for present consideration,” Williamson wrote in his autobiography.
The president vacationed in the Adirondack Mountains of New York in the summer of 1926.

Undeterred, Williamson and other South Dakotans turned their focus to the summer of 1927.

“Early in 1927, (South Dakota Senator Peter) Norbeck and I discussed plans of approach to the White House. We felt nothing would be gained by annoying the President with numerous calls,” the congressman wrote.

Williamson had photographs of the Black Hills sent to him. He and Norbeck selected two of the best and took them to the White House to give to Grace Coolidge, extending an invitation to come to the Black Hills.

In February 1927, Williamson met with the president to discuss another matter.

“When we had finished, I casually asked if he had made any plans for his next summer’s vacation,” Williamson wrote.

The president said that he had been pestered with flies and mosquitoes and annoyed by people constantly watching him during a previous summer vacation. When Williamson said that would not happen in the Black Hills, Coolidge replied that he would consider going there.

Williamson and others realized that the president had to be assured that the nation’s temporary capital would have sufficient housing for the president’s family and staff, a way to ensure the president’s safety, and adequate transportation and communications such as telegraph and telephone. They made sure that these items were in place.
In April 1927, Coolidge asked Williamson why he thought the Black Hills would be a good place for him to spend his vacation. That session of Congress had been long and controversial, and the president looked pale and tired, Williamson wrote.

“I waited a moment and then answered by saying, ‘That which appeals to me is their restfulness … The summer days are cool and pleasant, with little wind, and there is a lot of sunshine. They are practically free from flies and mosquitoes and sufficiently remote to discourage prowlers with binoculars. For recreation, there are clear, cold streams well stocked with trout and you will see deer, elk and mountain sheep most anywhere along the roads.”

The official announcement that President Coolidge would spend the summer in the Black Hills was made on May 31, 1927. The State Game Lodge would be the first couple’s residence and the president’s office would be Rapid City High School.

The train carrying the president and first lady arrived in Rapid City on June 15.

“Norbeck and I were the only members of the congressional delegation who were in the Hills during the entire summer of 1927. The White House Secret Service headed by (Col. Edmund) Starling would not permit any person or delegation to call on the President that was not sponsored and vouched for by some person or official well known to the Service to be trustworthy and such person had to accompany and remain with the sponsored person or group while with the President. This explains in part why Senator Norbeck and I were always invited together with our wives, as guests when the President was in attendance at any public gathering while on vacation in the Black Hills.”

Many towns in the Black Hills were anxious to have the first couple attend their celebration, and the Coolidges complied with these requests as far as time and their other activities permitted.

That summer, Williamson witnessed the president waving a gigantic cowboy hat to a wildly cheering crowd at the Tri-State Roundup in Belle Fourche and being adopted into the Lakota nation during a ceremony at the Days of ’76 celebration in Deadwood. The congressman accompanied the president to the Pine Ridge Reservation, Custer, Newell, Nisland and other places.

“From all appearances both he and his wife enjoyed their stay in the Black Hills,” Williamson wrote in concluding the chapter about the president’s vacation. “Certainly they looked happy and fit when they waved good-bye to the crowd at the station at Rapid City.”