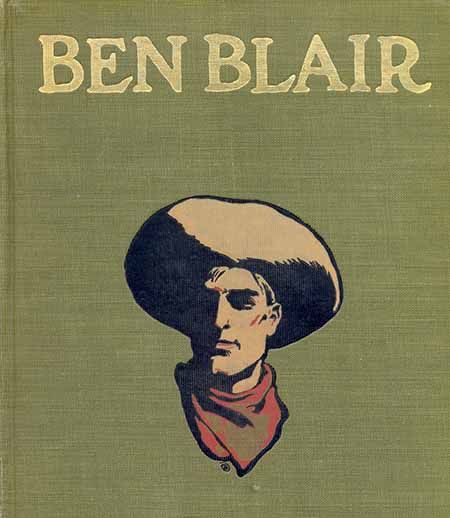 The author referred to was Will Lillibridge of Sioux Falls.

The publication of his first novel, “Ben Blair: The Story of a Plainsman,” in October 1905 brought Lillibridge national fame as an author.

“Will Lillibridge, a ‘new writer,’ in Ben Blair: The Story of a Plainsman, has told a story that not only lays fast hold on the reader’s attention and sympathies, but carries to his mind something of the sanity and serenity that comes from contact with untamed nature,” stated a review in the Minneapolis Journal. “The scene is in Dakota before the days of division and statehood. The characters are such as naturally find their way to the frontiers, simple, direct, strong in good or evil, chiefly the latter … The story is one very much above the average in its power to grip the interest of the reader, and its emphasis on natural and simple living makes it one of the stories one ‘ought to read.’”

The novel sold 150,000 copies in the days when such a sale was immense, stated an April 6, 1939, article in the Sioux Falls Daily Argus-Leader.

In an autobiographical sketch for the Saturday Evening Herald of Chicago, Lillibridge wrote, “Probably if there ever were one typical of Dakota and that for which it stands, I am that person.”

William Otis Lillibridge was born on Dec. 18, 1878, according to the Find a Grave website. He was two years old and living in Union County, Dakota Territory, at the time of the 1880 Census.

Lillibridge studied dentistry at the University of Iowa at Iowa City and came to Sioux Falls in 1898 to establish a dental practice. He practiced dentistry during the day and did his writing at night. He married Edith Keller, the daughter of a Sioux Falls physician.

Lillibridge followed the success of “Ben Blair” with another western that hit pay dirt. “Where the Trail Divides” was published in 1907 and was also a best seller.

“And then he did what few authors have done,” stated the Aberdeen Daily American. “He gave to the reading public two works of fiction in a single year, one being ‘The Dissolving Circle,’ a story of the Sioux Falls divorce colony, which had only a limited sale, and ‘The Quest Eternal,’ his most recent publication. This, like his first and second works, tells the tale of western life in the range region of South Dakota.”

The year 1909 saw the publication of “The Dominant Dollar.”

“Ben Blair” and “Where the Trail Divides” were made into silent motion pictures but Lillibridge never lived to see them. Two of Lillibridge’s manuscripts were published posthumously. These were “Quercus Alba, The Veteran of the Ozarks” and “A Breath of Prairie and Other Stories,” a volume of short stories selected by Edith Lillibridge.

As Edith wrote in the preface of “A Breath of Prairie,” “Every novel may have a happy close, but a real life’s story has but one inevitable ending, -- Death.”

Edith stated in the preface that the characteristics of the heroes in her husband’s five novels were the same qualities her husband possessed – firmness of purpose, an abhorrence of artificiality or affectation and love of nature.

“Markedly reserved, silent, forceful, he was seldom found in the places where men congregate, but loved rather the company of books and the great out-doors,” Edith wrote in paying tribute to  her late husband.

“But thirty-one years of age, he had won a place in literature so gratifying that one might well rest content with a recital of his accomplishments. But his youth suggests a tale that is only partly told and the conjecture naturally arises, -- ‘What success might he not have won?’’