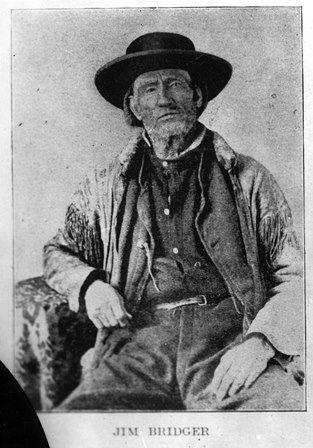 His eyes rolled wildly in his head. His teeth chattered. He broke out in a clammy sweat.

Hugh Glass, the man he had left for dead, was standing before him. Was Glass going to end his life? No.

According to legend, Bridger and John Fitzgerald were to stay with Glass until he died, but they abandoned him. When Glass regained consciousness he found himself alone on the prairie without a gun or other equipment. He vowed revenge against the men who had left him for dead.

Glass is said to have found Bridger and forgiven him.

One military expedition would take Bridger back through South Dakota, as he guided for Capt. William Raynolds in an exploration of the headwaters of the Yellowstone and Missouri rivers. The expedition left St. Louis on May 28, 1859, and traveled on the Missouri River until disembarking at Fort Pierre to travel overland.

Bridger proved to be overcautious and inaccurate as a guide until he reached familiar country in the Yellowstone River region, according to an article in Volume 5 of “South Dakota History.”