December 2012- Christmas on the Prairie 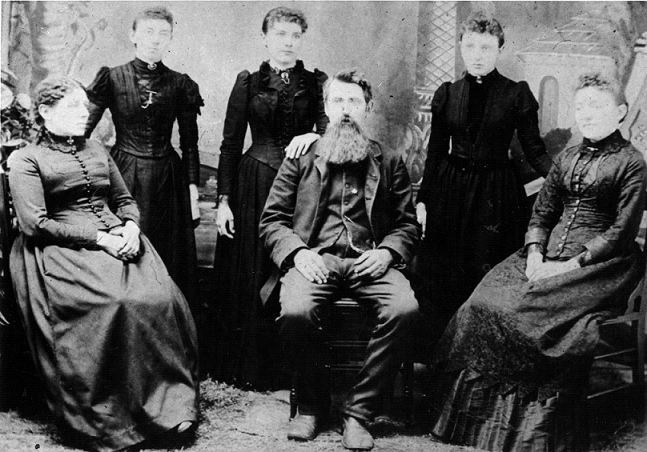 Santa Claus made it to the Ingalls house in De Smet, Dakota Territory, even if the train bearing supplies did not. In The Long Winter, Laura Ingalls Wilder describes how she and her family faced the hard winter of 1880-81. That Christmas, small striped packages by each place at the table contained Christmas candy. There were presents, too. Laura, her sister Carrie and Ma had combined their money to purchase a pair of blue suspenders for Pa. Laura gave a cardboard hair receiver to Ma and a roll of knitted lace to her sister Mary. She found the prettiest card she had been given in Sunday school and placed it in a frame for Carrie. Baby Grace tore the paper from her gift to reveal a toy.

The two cans of oysters that Pa had bought from the store were combined with the last of the milk the Ingalls’ cow gave to make a Christmas dinner of oyster soup.

“‘Oh, what a lovely Christmas,’ Carrie sighed. Laura thought so too. Whatever happened, they could always have a merry Christmas,” Ingalls wrote in The Long Winter.

Christmas, whether one was a pioneer in town, in the Army or a homesteader, was observed on the frontier, as evidenced in different writings about the day.

In A Frontier Army Christmas compiled by Lori A. Cox-Paul and Dr. James W. Wengert, 1st Sgt. Ragnar Theodor Ling-Vannerus of the Seventh Cavalry wrote of his camp’s holiday preparations at Pine Ridge in 1890: “Every tent was decorated with firs and twigs, and long garlands of evergreens were stretched between the tents. At each end of the picket lines, sheaves were put up … In the kitchens everybody was busy; turkeys and geese were roasted or grilled and filled with apples and other delicacies, whole pigs were hung on the broaches, pastries and cakes were baked, and so on … Eventually came the feast eagerly longed-for, and mighty was the drinking among high and low … Along the walls there were low seats covered with a mixed collection of skin rugs, in whose soft, warm furs it was delightful to rest, while speeches, toasts, and songs made time unnoticeably go by. There were also Christmas gifts from near and far.”

In June 1909, 21-year-old Elizabeth Corey came to South Dakota to stake out a claim, homestead the land and to teach school. She filed claim to land 10 miles southwest of Pierre, along the Bad River. The letters she wrote to her family in Iowa from 1909 to 1919 are contained in the State Archives of the South Dakota State Historical Society at the Cultural Heritage Center in Pierre. The letters are the basis of Bachelor Bess.

Corey wrote of her first Christmas as a homesteader, “I have three Xmas presents. Mrs. Stone gave me a beauty of a button box. Myrtle gave me a pretty Xmas card and Speers gave me an enameled quart cup … Xmas day there was lots of company and lots to do so I never had time to get homesick. Just before supper Howard hitched to the bobsleigh and we went to take Ben Share some Xmas goodies.”

All was not calm on Christmas Day 1862 in Yankton, Dakota Territory. According to Christmas on the American Frontier 1800-1900 by John E. Baur, a brawl broke out between a supporter of territorial legislator J.B.S Todd and a backer of territorial Governor William Jayne. Todd’s supporter threw in the towel and Jayne’s defender broke the man’s thumb.