April 2012-The Paul Revere of the Frontier 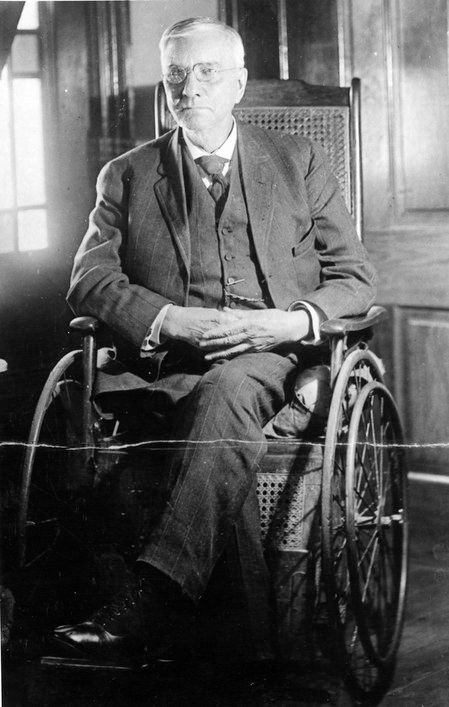 Listen my children, and gather round, and you shall learn of Samuel J. Brown.

Samuel Jerome Brown had a similar mission when he rode out from Fort Wadsworth in April 1866.

The 21-year-old Brown was chief of scouts at Fort Wadsworth in what is now northeastern South Dakota when he was told that a war party was approaching the settlements. As chief of scouts, Brown was to keep all scouting stations on the alert.

According to an account written by South Dakota State Historian Doane Robinson, Brown wrote a note to the commandant at Fort Abercrombie, located about 35 miles south of present-day Fargo, N.D., informing him of the danger. The note was to be delivered the next morning. Brown mounted his horse at sundown and started for the Elm River scout camp, about 55 miles west of Fort Wadsworth. When Brown arrived at the scout camp, he learned that the Indians had signed a peace treaty and all danger was over. Brown decided to return at once to Fort Wadsworth to intercept his message to Fort Abercrombie. By this time, it was midnight.

“There was no moon or stars to guide me and I was enveloped in utter darkness with absolutely nothing to steer by except an occasional flash of lightning behind me in the west,” Brown stated in an account of his ride.

The storm that had been hard on the heels of Brown’s pony overtook them.

“I was struck by the most terrific windstorm I ever knew. Very soon the rain came in torrents, turning into sleet, hail and snow and a Dakota blizzard was in full blast … Soon my clothes began to freeze and my situation was truly desperate,” Brown wrote.

He reached Fort Wadsworth about 8 in the morning.

“I rolled off the pony and fell in a heap on the ground bereft of the use of my legs. The muscles were perfectly relaxed, but I had lost control over them,” Brown wrote.

Brown’s legs were paralyzed and he never walked again.

A courier was sent to Fort Abercrombie to correct Brown’s report of the previous evening.

Brown’s ride earned him the nicknames “The Paul Revere of the Frontier” and the “Prairie Paul Revere.” The poem “Brown of Wadsworth” was written in his honor. He married, had four children, and was involved in business and real estate ventures in Browns Valley, Minn., a town renamed to honor his father. Brown died in Browns Valley on Aug. 29, 1925.

A historic marker in Columbia marks the site of the scout camp from which Brown started his ride back to Fort Wadsworth, which was later renamed Fort Sisseton.

The midnight rides of Paul Revere and Samuel Brown are reminders of the sense of honor and duty that runs deep in some people.

The Museum of the South Dakota State Historical Society at the Cultural Heritage Center in Pierre features military history in Dakota Territory and early South Dakota.