Natives of a Dry Place 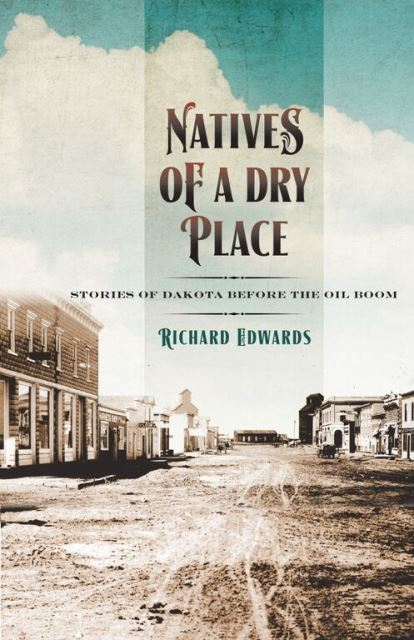 As I child, I thought - as most children do - that the place I grew up in was quite ordinary...Yet I have come to think that there were exceptional things in the lives of its people and especially in the values and virtues that they believed in and aspired to... It is up to us to retrieve that we can as a legacy."-Richard Edwards

Before the oil industry explosion, Stanley was a small, wheat town in North Dakota populated by people going about their normal, everyday lives. Qualities of resoluteness, steadfastness, and devotion to the community were held in tandem by generations who cultivated the fabric of the Great Plains and Midwestern ideals-regions inhabited by people with pluck, commitment, dauntless optimism, a spirit of adventure, and ever present modesty.

In contrast to the trials of the modern post-boom community, author Richard Edwards concentrates on the stories of Stanley’s past-residents. With these characters, Edwards sets forth on an examination of the old town’s virtues between the mid twentieth and early twenty-first century. He finds that the Stanley’s previous citizens had an approach to life indicative of an era built upon civic mindedness, in utilizing their stories Edwards draws a broader picture of a community banded together on the dry open plains.

A deep and personal look at a small North Dakota town, Natives of a Dry Place focuses on a not so distant past and takes readers on a reflective journey to a time before big oil. Edwards uses he experience as both a historian and an economist to delve into overarching questions of what makes a community and how it survives during times of upheaval.
$16.95
3 Inventory