Six: A Football Coach's Journey to a National Record 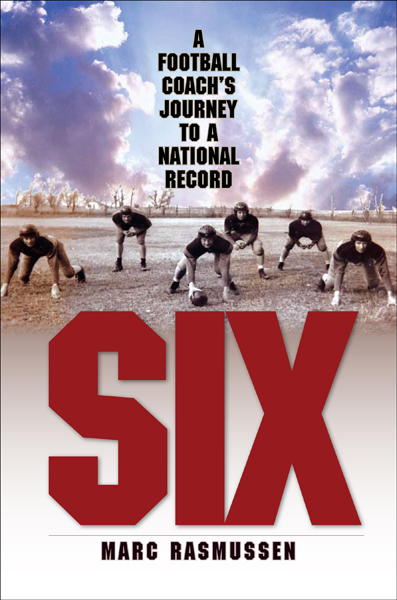 In the 1940s and 1950s, unable to field competitive eleven-man football teams, small towns across the United States started playing six-man football, instead.

Claremont, South Dakota, was one such place. Bill Welsh strode into town in 1947, started a six-man team at the high school, and six years later had racked up a national-record of sixty-one consecutive victories. His career as a high-school football coach is without equal. His role as mentor, coach, and teacher influenced the lives of many young men across the state, but his legacy is that of the Claremont Honkers and their domination of six-man football in South Dakota, North Dakota, and Minnesota.

Marc Rasmussen has revealed this hidden history, unveiling the many facets of Bill Welsh’s life and shining a spotlight on the sport of six-man football and the all-conquering Honkers.