Wyatt Earp and Bat Masterson: Lawmen of the Legendary West 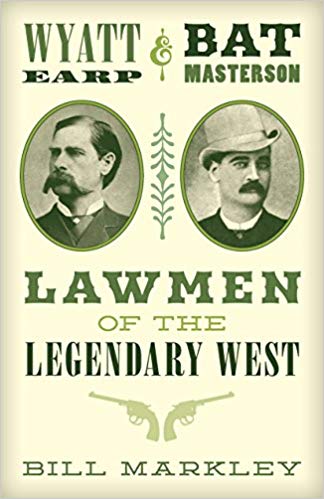 Which lawman did the most to tame the frontier, Bat Masterson or Wyatt Earp? Neither of them was a saint. At times their actions were not in compliance with the law, and they only served as peace officers for limited portions of their lives. What sets them apart from the thousands of sheriffs and marshals who served on America’s frontier? Did they make more arrests than others? Did they kill large numbers of men? Did they lead adventurous lives? Was it their character? Was there just the right ring to their names that led people to remember them? Did they get the right publicity at the right time? Did they just outlive all the others? Or was it a combination of these factors? This joint biography reveals the intersection of their legacies and attempts to answer the questions about their place in the story of the West.