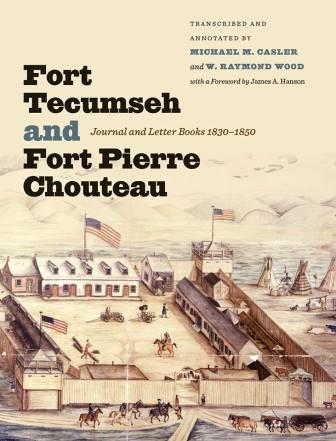 “Few geographic locations in the West exhibit a greater concentration of sites of . . . historic fur- and Indian-trade establishments, or one covering a longer time span, than that of the junction of the Bad and the Missouri Rivers.”—G. Hubert Smith

No other part of the West saw such a succession of trading posts as did the heart of modern-day South Dakota, where the Bad River meets the Missouri near the contemporary town of Fort Pierre. Various firms established posts here starting in 1817. Two of these posts, Fort Tecumseh (1822) and Fort Pierre Chouteau (1832), reached their golden age under the American Fur Company in the 1830s and 1840s.

While company employees recorded daily activities in journals, they relayed company business as well as personal information about the individuals at the post in letter books. Letter books, which contained copies of all outgoing correspondence, were once common items at all posts on the upper Missouri, but only a few survive today. Those that do vividly illustrate the nature of commerce on the Northern Great Plains during the first half of the nineteenth century.

Editors Michael M. Casler and W. Raymond Wood transcribed and annotated these rare documents, including some translated from the original French. Known for over a century, the Fort Tecumseh journal and the letter books from Fort Tecumseh and Fort Pierre Chouteau are published here in their entirety for the first time.
$29.95
4 Inventory