Steamboats of the Dakota Territory 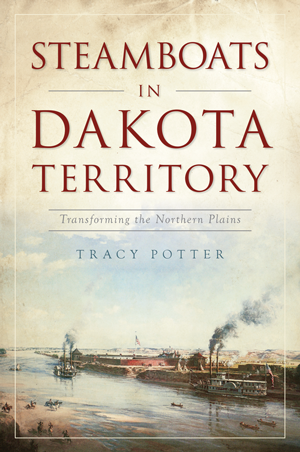 Steamboats transformed the Missouri Valley. Enterprising men like Joseph La Barge and Grant Marsh braved financial and mortal danger to reap fantastic profits from trade in furs and buffalo robes. But steamboats also brought smallpox, soldiers and settlers to the lands of Native Americans. Although they began as agents of commerce, steamboats came to represent confinement and war to Sitting Bull and his people. Railroads made Yankton, Bismarck and Fargo rise as ports for a few years and then drove steamboats out of business, ending an era filled with colorful characters and dramatic moments. Author Tracy Potter takes an in-depth look at the boats, trade and cultural and military relations between the United States and the native inhabitants of Dakota Territory