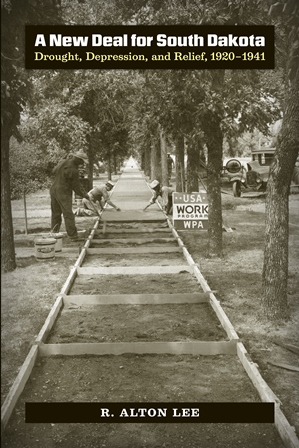 In South Dakota, drought, grasshoppers, and low commodity prices were the final blows in a long economic downturn that began after World War I. These conditions finally brought the state to its knees during the Great Depression. Many South Dakotans fled; others hung on with the aid of New Deal programs. Instituted by President Franklin D. Roosevelt and administered by politicians like the colorful Democratic governor Tom Berry, New Deal projects supported nearly half of South Dakota's entire population in the depths of the depression.

Political historian R. Alton Lee examines the effects of New Deal programs on families, farmers, miners, youth, women, American Indians, and others. Focusing on South Dakota, he evaluated the state's efforts to stave off both starvation and federal dependence as its people endured the worst natural and economic disaster of modern times.
$24.95
3 Inventory