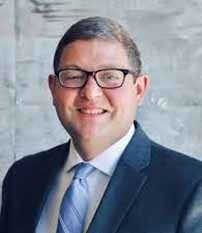 Venhuizen serves on the board of directors of the Trail of Governors Foundation, which is erecting life-size bronze statues of every former South Dakota governor throughout the capital city of Pierre.  He has encouraged the placement of South Dakota State Historical Society markers to commemorate the lives of former governors, leading to the placement of ten new markers.

In 2012, Venhuizen led the effort to pass legislation, codified at SDCL § 1-27-1.19 to 1-27-1.22, that preserves the papers of former governors and ensures that all papers eventually become available for historical research.  In 2018, he advocated for the designation of Peter Norbeck’s birthday, August 27, as a state working holiday.  Venhuizen coordinated the commissioning of a bust of George S. Mickelson, which was placed in the lobby of the State House of Representatives to commemorate the 25th anniversary of Mickelson’s death.  While in the governor’s office, Venhuizen was particularly honored to help coordinate the State Capitol memorial services for former governors William J. Janklow and Walter Dale Miller.

Venhuizen maintains the “SoDak Governors” blog at https://sodakgovs.wordpress.com and an associated Twitter feed, @SoDakGovs, which are both dedicated to remembering the history of South Dakota and its governors.  An attorney with Standard Services and a member of the Board of Regents, he lives in Sioux Falls with his wife, Sara, and their three children:  Henry, Elizabeth, and Madeleine.