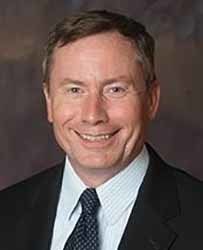 Jones served 23 years in the United States Air Force, where he attained the rank of lieutenant colonel, and taught at the Air Force Academy. He was dean of the College of Arts and Sciences at Dakota State University from 2013 to 2019. He was previously Secretary of Education of South Dakota from January 2019 to December 2020.