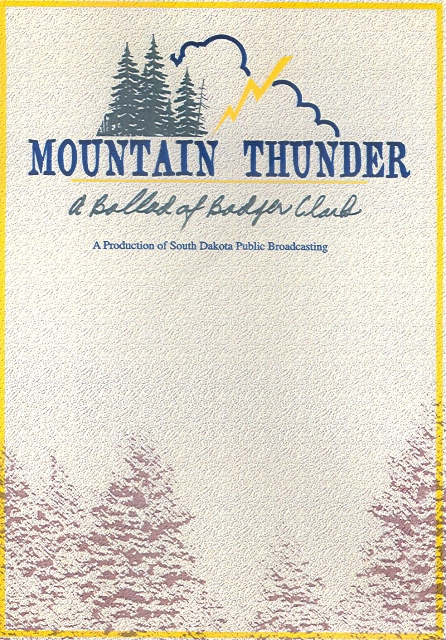 "The joy is in the journey and not in getting there." -taken from Badger Clark's poem "Deer Trails".

Mountain Thunder, A Ballad of Badger Clark is the dramatic portrayal of Badger Clark, South Dakota's first poet laureate. The drama, based on the play of the same title by Kenn Pierson, illustrates the personality, philosophy and essence of Badger Clark, the "cowboy poet," through a dramatic monologue in which the poet reacts to letters from a friend. Set in the beautiful surroundings of Custer State Park, South Dakota, this production introduces new generations to the writings of Badger Clark, while fascinating those who still remember the cowboy poet. Darryl F. Patten, former Director of Drama at Dakota Wesleyan University, Mitchell, South Dakota, stars as Badger Clark.
$19.95
2 Inventory