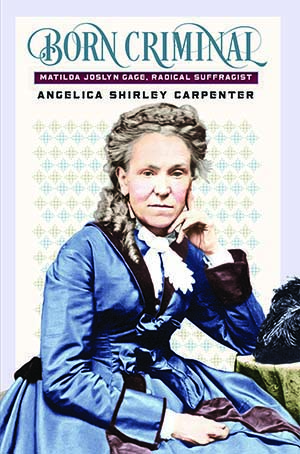 Before 1920, most women in the United States could not vote. They had no voice in who created the laws or who set their taxes, and they were arrested when they did attempt to cast their ballots. In this country, women had the same political rights as criminals, but the only crime they committed was being born female. For this reason, many women fought for suffrage—the right to vote. Born Criminal is about one of the many important people in the early suffrage movement, but you may not have heard of her. She was nearly erased from history.

Her name is Matilda Joslyn Gage (1826–1898), and she believed in liberty for all. Together with Susan B. Anthony and Elizabeth Cady Stanton, she founded the National Woman Suffrage Association in 1869. She spoke to thousands of people, including presidents and congressmen, about women’s right to vote.