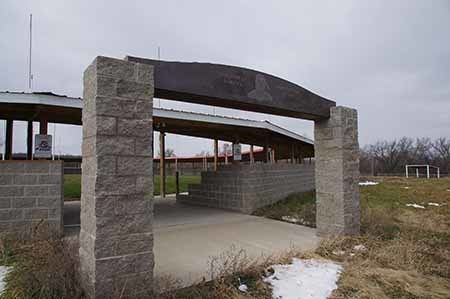 The Sisseton Agency Headquarters & Wacipi Grounds of the Sisseton Wahpeton Oyate of the Lake Traverse Indian Reservation was recently placed in the National Register of Historic Places, according to the South Dakota State Historical Society.

The National Register is the official federal list of properties identified as important in American history, architecture, archaeology, engineering, and culture. The State Historic Preservation Office of the State Historical Society and the Sisseton Wahpeton Oyate (SWO) Tribal Historic Preservation Office worked in conjunction with the National Park Service, which oversees the National Register program, to list the historic vernacular and ethnographic landscape.

“The wacipi and agency grounds nomination means so much more than just that to our tribe and nation,” said Dianne Desrosiers, SWO tribal historic preservation officer. “It is reflective of the resilience of our culture and lifeways of which we were once forbidden to practice. This is symbolic of our survival and efforts to preserve our culture, language, and ceremonies for future generations.”

The Sisseton Agency Headquarters & Wacipi Grounds is a multi-component landscape. It is significant for its use as the agency headquarters from 1869 to 1923 and for its ongoing use as a wacipi grounds the last 150 years.

Traditionally, wacipis were ceremonial celebrations and prayers to the creator or Wakan Tanka. According to tribal history, ceremonies, dancing, singing, and feasting likely occurred at this location prior to 1869 when the site was selected by Sisseton and Wahpeton tribal chiefs and headmen. Chief Gabriel Renville was particularly influential in convincing the federal government to allow the annual event, which is also referred to as a powwow.

The centrally located Arbor is the most significant cultural feature on the property, representing the physical and spiritual center of waci maka activities. It embodies ancient circular dance and ceremonial building forms and is an important social gathering place for the Sisseton and Wahpeton people. Modernized concession stands, camping areas, and athletic fields demonstrate the evolution of the landscape as a traditional cultural property.

The landscape contains hallmarks of the original agency headquarters, including natural landforms, circulation routes, archeological sites, views, and vegetation. Additionally, its continued wacipi use inextricably links the landscape to the Sisseton Wahpeton Oyate’s cultural systems and beliefs. The physical landscape and the activities that have taken place there since the creation of the reservation are interrelated to tribal identity.

“This nomination to the National Register is symbolic of a connection between the Sisseton Wahpeton Ancestors of the past that survived much and who said prayers for the generations we are today. They wanted us to know our culture and the beautiful lifeways they loved and lived there at the Sisseton Wahpeton Ceremonial Grounds,” said Tamara St. John, SWO archivist.

Buildings, sites, structures, and objects at least 50 years old possessing historical significance may qualify for the National Register, according to Ted M. Spencer, the state historic preservation officer. Properties must also maintain their historic location, design, materials, and association. Listing in the National Register does not place any limitations on private property owners by the federal government.

The Sisseton Agency Headquarters & Wacipi Grounds is unique, Spencer said, because its significance is heavily rooted within a landscape where both built and natural features work together to establish a sense of place important to the Sisseton and Wahpeton Oyate.

“While other properties previously listed in the National Register across the state have significance as cultural and ethnographic landscapes, the Sisseton Agency Headquarters & Wacipi Grounds is the first landscape we’ve listed specifically for these characteristics,” said Spencer.