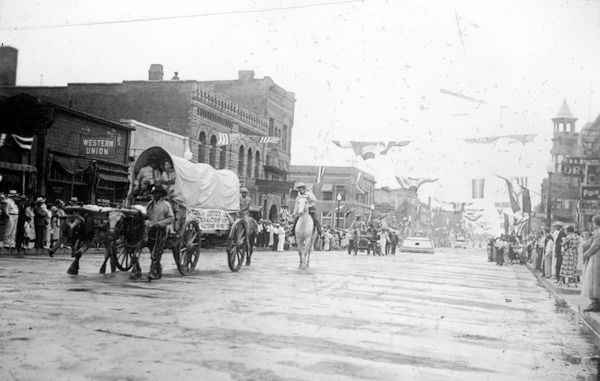 The photo album features images taken and collected by Roy E. Karlen, a 1934 graduate of the University of Minnesota (Minneapolis), Civil Engineering program. Karlen took more than 120 photos of South Dakota in June of 1936 while traveling through the state.

“Tourism has always played a major role in South Dakota’s history,” notes Chelle Somsen, state archivist at the Cultural Heritage Center in Pierre. “This collection represents one man’s journey through South Dakota, with photos of the state’s tourist destinations, in the mid-1930s.”

Images from the photo album start in Sioux City, Iowa, travel through South Dakota, and continue to Wyoming, the Big Stone Mountains and Yellowstone National Park.

“A small number of the State Archives’ manuscript collections originate from out-of-state sources,” Somsen adds. “They are either created by non-South Dakotans or are collected by family members whose relatives once lived in the state.”

The State Historical Society-Archives is open Monday through Friday and the first Saturday of each month from 9 a.m.-4:30 p.m. CDT. Contact the archives by phone at (605) 773-3804 or by email at archref@state.sd.us