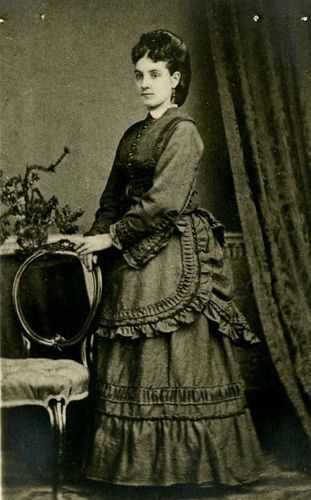 The Pioneer Daughters Collection (H97-056) is the result of a statewide GFWC effort to collect and preserve the stories of female pioneers in South Dakota. Arranged by county, married name, and maiden name, this collection of nearly 6,000 stories is the largest body of women’s histories in the State Archives.

Founded in 1890, roots for the General Federation of Women's Clubs can be traced back to 1868 when Jane Cunningham Croly, a professional journalist, attempted to attend a dinner at an all-male press club honoring British novelist Charles Dickens. Croly was denied admittance based upon her gender, and in response, formed a woman’s club—Sorosis. In celebration of Sorosis’s 21st anniversary in 1889, Jane Croly invited women’s clubs throughout the United States to pursue the cause of federation by attending a convention in New York City. On April 24, 1890, 63 clubs officially formed the General Federation of Women’s Clubs by ratifying the GFWC constitution. Since 1890, GFWC’s impact has been felt throughout communities across the United States and the globe.

Yes! I want to help make possible the digitization of the General Federation of Women's Clubs Collection!