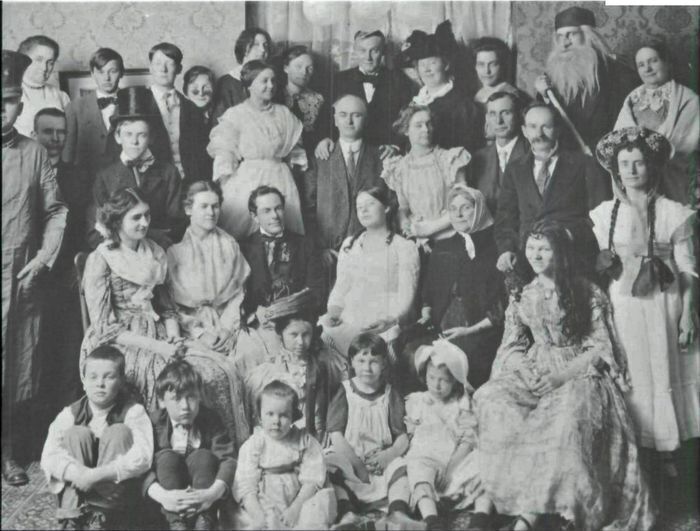 Jane Breeden, a member of the Pierre Dickens Club, is standing at far right in the top row of this picture of the club’s 1911 costume party. Her daughter, Majorie, is the first woman from the left in the second row of standing figures. Source: SD State Archives

The Jane Rooker Breeden Papers have been adopted.